Tod Davies looks back on a busy week in Brexit, from both legal and political points of view.

On 3rd September the High Court in London granted permission for former Prime Minister, Sir John Major, to join the legal action against Boris Johnson over his decision to suspend (or ‘prorogue’) Parliament during the crucial period leading up to the Brexit leaving date of 31 October.

Sir John Major joins this challenge – a judicial review – with an all-star cast, legally and politically speaking. It includes Labour front bench MP and Shadow Attorney General Shami Chakrabarti (who is also a former director of human rights group Liberty), anti-Brexit campaigner Gina Miller (who successfully challenged the Government on seeking Parliament’s consent to trigger Article 50 back in 2017), the Welsh Government, and Scottish Lord Advocate James Wolffe Q.C. (Scotland’s senior law officer).  There is also talk of Lib Dem leader Jo Swinson and Labour’s deputy leader Tom Watson getting in on the action, whilst separate legal challenges are also underway in the Scottish courts – brought by a cross-party group of MPs and Lords – as well as in Northern Ireland.

Challenging the Government in this way, for attempting to curtail debates in Parliament aimed at stopping a no-deal Brexit, fulfills a longstanding promise by Sir John Major – a pro-European Tory who, as Prime Minister, oversaw Britain signing up to the Maastricht treaty which created the European Union (as we know it) in the first place.

Whether this legal challenge is likely to succeed has already been thrown into doubt by the current progress of its equivalent in Scotland which failed at the first hurdle on 4th September.  The Judge, Lord Doherty, ruled that choosing when to prorogue Parliament is a prerogative power of the Queen and consequently, the Prime Minister has the power to advise the Queen on its enaction – it is therefore for politicians, not the courts, and is therefore lawful.

These thoughts have been echoed in England by former Supreme Court Justice Lord Sumption. Lord Sumption stated that whilst he thought Boris Johnson’s decision was politically shocking, he did not consider it to be unlawful, saying “the courts are not there to decide what are good political reasons and what are bad political reasons, they are there to decide what’s lawful”. Ultimately it would seem that accountability for such actions rests with the electorate – a decision they may well have to make next month if Boris manages to call a snap election.

Separate attempts to derail the Boris no-deal plan are the legislative efforts of Parliament, which have so far succeeded in taking control of the order of the House of Commons (normally the Government’s privilege).  If Labour, the other parties, and the Tory rebels successfully pass an Act preventing a no-deal Brexit (which seems certain at the time of writing this blog) there have been some – such as Cabinet Minister Michael Gove – who have indicated the Government may simply ignore such an Act. Sir Keir Starmer – Labour’s shadow Brexit Secretary – has called this response “breathtaking” and said, “no government is above the law”. If this did occur, and the Government didn’t adhere to an Act passed by Parliament, the courts really would have a decision to make.

Boris Johnson, seeing the writing on the wall by losing control of the House of Commons and the certainty of the “No no-deal Act” passing through Parliament, promptly called for a snap election. The hitch here is that, because of the heavily criticised Fixed-Terms Parliament Act (passed by the coalition Government in 2011), two thirds of Parliament have to approve this – meaning Labour have to play ball. In normal times this would not be a problem. After all, what opposition leader would turn down the chance of a general election and the chance to become prime minister? These, however, are not normal times.

The John Major/Gina Miller judicial review was heard today in the High Court in London and whilst the Judges were not able to give their full judgments, they have in the first instance dismissed the claim. The judges have not given even a cursory explanation as to how they reached this decision, but it’s fair to assume they may well have had similar reasons to Lord Doherty in dismissing the action in Scotland.  The silver lining here is that the High Court have given permission to apply directly to the Supreme Court (normally a long-winded process) and have leapfrogged the Court of Appeal in doing so. This will give John Major/Gina Miller and co. some hope that their claim may yet have a chance of succeeding in the highest court in the land.

Friday also saw all the opposition parties reaching an agreement that they would not back Boris Johnson’s demand for a general election, at least not until after the EU summit in mid-October. We are now in a very odd and ironic situation, where a government is fending off legal actions, brought on the basis that it is being undemocratic by proroguing Parliament, which some papers labelled a coup d’état. And at the same time, our Prime Minister is trying to call a general election, which the opposition parties do not want. A very British sort of coup indeed.

One thing is for sure, these truly are exciting times. Never before would my communications team allow me to write technical words like ‘prorogue’, ‘judicial review’, and ‘legislative’ in the same article – such is the centre-stage Westminster politics is having on daily life at this time. 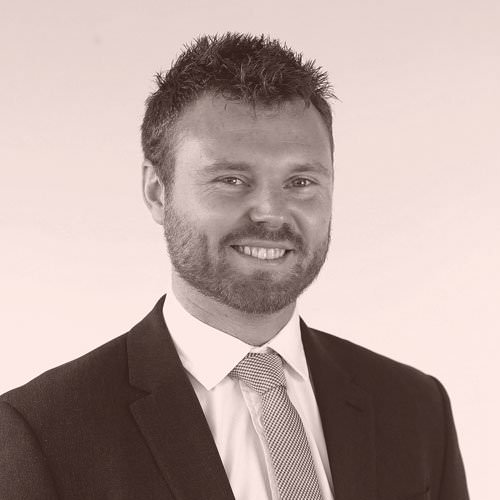